All About A Princess 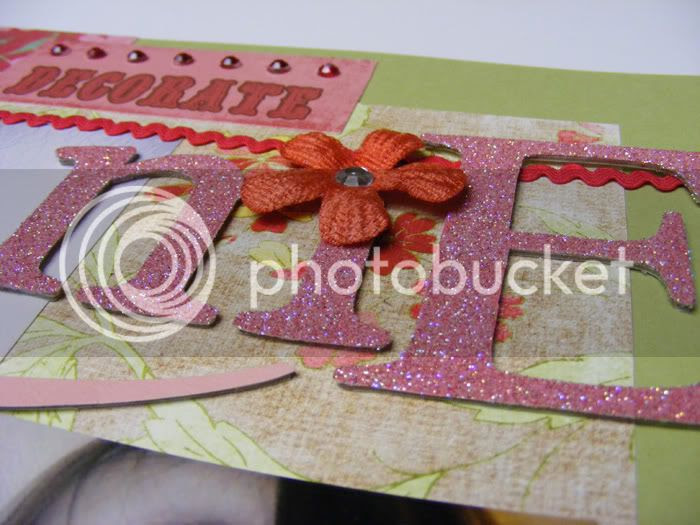 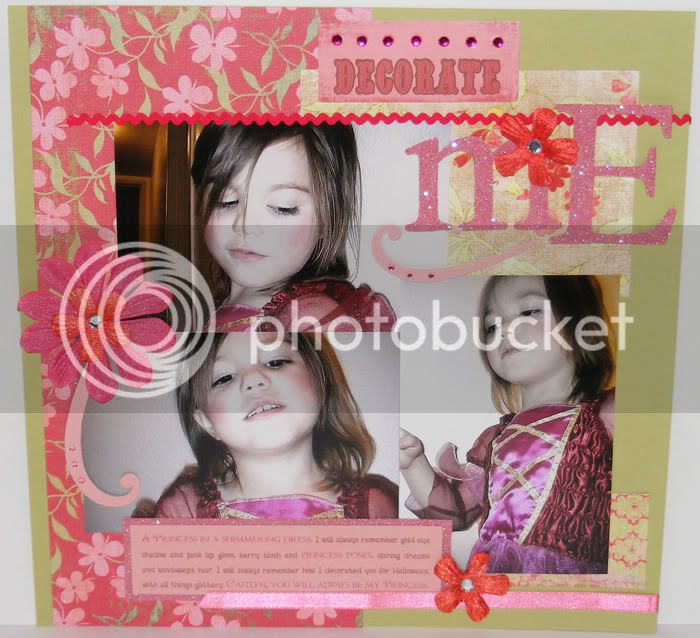 Paper : Sweet Leaf, Hollyhock, and Blush CTMH CS, My Minds Eye, Bo Bunny
Accents : My Minds Eye Paper Accents, Ribbon from LSS, CTMH Chipboard swirls and letters, Stampendous Pink Glitter, Bazzil fabric flowers, Unknown flower, Craft Rhinestones
I LOVE how this layout came out and all the pattern papers were scraps! This was the second layout I made today and I was really in the mood to bling it up especially after my first layout which is coming up next. Journaling was printed using my computer in deep pink and chocolate colors using the Apple Butter and Chocolate Box fonts. 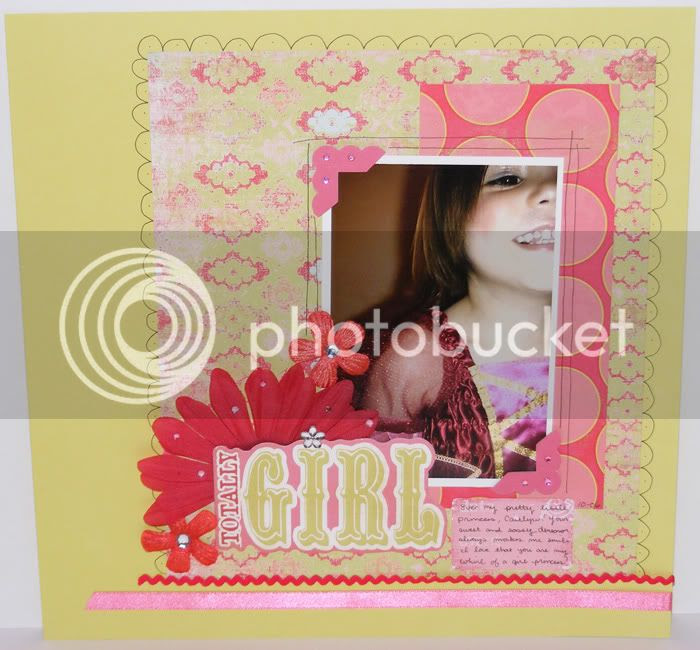 Paper : Kiwi and White Daisy CTMH CS, My Minds Eye,
Accents : My Minds Eye Paper Accents, Heidi Swap and Bazzil Flowers, Ribbon from LSS, Rusty Pickle Chipboard, Craft Rhinestones
This was the layout I did last night, or rather very very early this morning since I was after midnight when I made it, lol. I loved this picture and had some scraps that I thought went well with it. After I finished the layout I added some fun doodling which I haven't done in a while :D

Paper : Vanilla Cream CTMH CS, My Minds Eye, Bazzil CS
Accents : My Minds Eye Paper Accents, Rusty Pickle Chipboard, Bazzil Fabric Flowers, American Crafts Big Brads, Hollyhock Ricrac (CTMH)
One of the 2-page layout I started the Saturday before last while I was at my friend's house. After almost 2 weeks I finally got around to finishing the journaling on these layouts while at her house again today, lol. This one uses an older 8.5x11 pagemaps layout that I extended to fit the 12x12 papers ^_~ 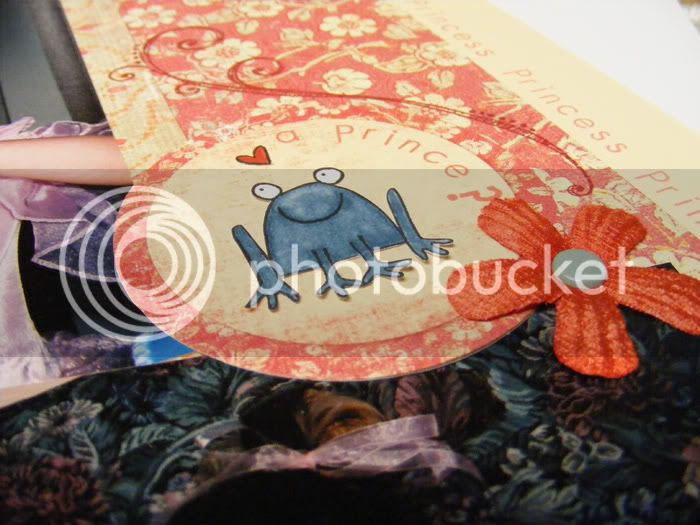 Isn't this toad such a cutie! Kelly L, an awesome SBS4 sister sent a few images of him to me during our Secret Sister Image RAK and I am just now getting around to using at least one of him. I colored him in with Twilight and used the blending pen to lighten up the ink a little. I wanted to put something in this fun Minds Eye die cut circle and just couldn't find anything until I came across this little toady. He couldn't be a more perfect fit, he's even looking up at the picture of Cait!

Paper : Vanilla Cream CTMH CS, Bazzil CS, My Minds Eye
Stamps : Building Blocks Alpha, Sans Small Alphas, Atomic Lowercase Alpha, and Playful Flourishes (CTMH), Toad is from an SU set (can't remember the name) the image RAKed to me by Kelly L
Accents : My Minds Eye Paper Accents, Bazzil Fabric Flowers, American Crafts Big Brads, Hollyhock Ricrac (CTMH)
And the other 2-page layout I did at my friend's place also using a pagemaps layout. The title for this one is "Sleeping Cutie". Ever since Cait has seen Sleeping Beauty she has called her Sleeping Cutie. Even now, she still says she's sleeping cutie, lol. Julie said I just had to put that somewhere on the layout and so I did ^_~ I made it the title and the journaling is all about how Caitie calls Sleeping Beauty, 'Sleeping Cutie'. And that's all I've gotten finished this week so far. I've been a bit slow with my scrappin' but I hope that'll pic up soon ^_~ Thanks for dropping by!
Posted by Marjorie at 12:27 AM

Email ThisBlogThis!Share to TwitterShare to FacebookShare to Pinterest
Labels: Layouts

Wow Marjorie, I am impressed. These are divine!

Hey girlie...these LO's are beautiful!!! I love all the layers of dp and the glittered chipboard! :D

Marjorie, these are BEAUTIFUL as is all of your work! BTW . . . I tagged you! Sorry! LOL . . check out my blog for details!

What cute layouts! I love the sparkles on the letters in the first layout! TFS!

Marjorie,
Your layouts are awesome. Wow. They totally inspire me. Love how you pull everything together.
Hugs,
Lori

wow, fabulous layouts, you have been so busy, I am so impressed!They are all so gorgeous, love Princess every year story! That will become a precious memory!

what a fun way to work the frog image in to those super cute pages! great pics!

I wash your face to make room for all the kisses of tomorrow And everyday that I get to be here with you is sweet....

-Lyrics from Me by Plumb

I Heart My Followers

Unless otherwise stated all content is © Marjorie Eno. I love to share, so feel free to copy/lift any of my work for your own personal use. Please be considerate: Do not copy any of my work for submission to publication or contests. Thanks!

Marjorie
I'm a full-time student and mom of two adorable little girls. With my dear hubby having Multiple Sclerosis and my eldest daughter being on the autism spectrum our lives are a daily adventure and challenge. Crafting is one of my favorite ways to let loose and be creative!

The Four of Us